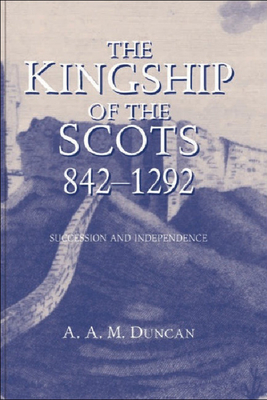 This is a history of kingship in Scotland from the Dalriadic takeover up to the Great Cause presided over by Edward I of England. During the early years a custom of succession within one royal lineage by brothers and cousins provided some stability in which the Gaelic kingdom grew in authority and extent. By the close of the thirteenth century kings were the main source of patronage and power, and the custom of succession had the force of law. Archie Duncan describes the development of kingship over four and a half critical centuries in which a multi-ethnic, multi-lingual political community was consolidated, despite rival claimants, internal rebellions, and the looming presence of English kingship.The Norman Conquest of England altered the balance of power between north and south, but the relationship between the two kingdoms remained in uneasy balance: some issues, such as the claim of Scottish kings to an English earldom, were resolved; but others remained unresolved and the cause of occasional f.