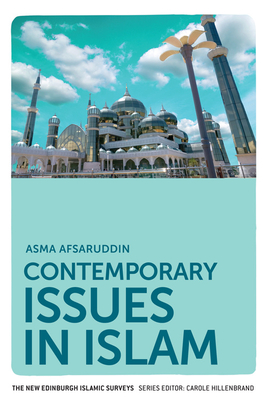 This book deals with certain hot-button contemporary issues in Islam that are often the focus of public scrutiny, including the Sharia, jihad, the caliphate, women's status, and interfaith relations. Notably, it places the discussion of these topics within a longer historical framework in order to reveal their multiple interpretations and contested applications over time.

Most public and some academic discourses however present the Islamic tradition as unchanging and therefore unable to respond to the modern world. Such an ahistorical approach fosters the belief that Muslim and Western societies are destined to clash with one another. In contrast, this book allows the reader to see the diversity and transformations within Islamic thought over time. Focusing on this internal diversity permits us to appreciate the scriptural and intellectual resources available within the Islamic tradition for responding to the challenges of modernity, even as it interrogates and shapes modernity itself.

Asma Afsaruddin is Professor of Islamic Studies in the Department of Near Eastern Languages and Cultures at Indiana University, Bloomington. She is the author and/or editor of seven books, including Striving in the Path of God: Jihad and Martyrdom in Islamic Thought (2013) and The First Muslims: History and Memory (2008). She was named a Carnegie Scholar in 2005.
Loading...
or support indie stores by buying on