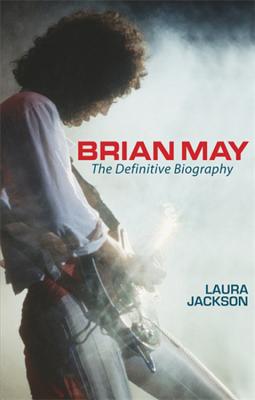 As the lead guitarist of Queen, Brian May is one of rock's most recognisable stars. Brian May: the definitive biography charts his life from his childhood, through his years studying astro physics and teaching, his success with Queen, his more recent projects and his volatile relationship with actress Anita Dobson. Bestselling writer Laura Jackson examines closely the many aspects of the musician's life revealing his true story for the first time. The book reveal's Queen's struggles to gain success and life at the top, throwing some of the most notorious and wildly salacious parties in the business. It charts the camaraderie and conflicts within Queen as well as Brian's difficult years throughout the disintegration of his first marriage, the death of his father and the profound professional and emotional effects of Freddie Mercury's illness and death. The book is packed with nearly 70 first-hand exclusive interviews with some of his closest friends, colleagues and fellow musicians. These include school and college friends, early band members and colleagues in the scientific world. Interviewees include, Tony Iommi, Joe Elliott, Raul Rodgers, Cliff Richard and Spike Edney.

Praise For Brian May…

Laura Jackson is the queen of biographers.—DAILY EXPRESS

When it comes to getting to the rich and famous, Laura Jackson is second to none.—SKY TV