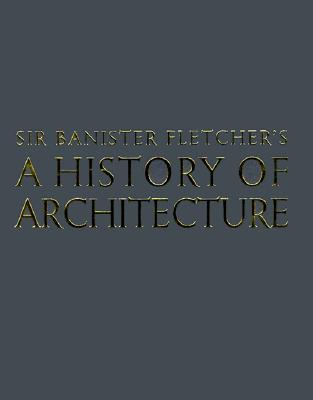 Banister Fletcher's a History of Architecture

In this twentieth and centenary edition, edited by Dan Cruickshank with three consultant editors and fourteen new contributors, chapters have been recast and expanded and a third of the text is new.
* There are new chapters on the twentieth-century architecture of the Middle East (including Israel), South-east Asia, Hong Kong, Japan and Korea, the Indian subcontinent, Russia and the Soviet Union, Eastern Europe and Latin America. * The chapter on traditional architecture of India has been rewritten and the section on traditional Chinese architecture has been expanded, both with new specially commissioned drawings
* The architecture of the Americas before 1900 has been enlarged to include, for the first time, detailed coverage of Latin America and the Caribbean
* The book's scope has been widened to include more architecture from outside Europe
* The bibliography has been expanded into a separate section and is a key source of information on every period of world architecture
* The coverage of the 20th century architecture of North America has been divided into two chapters to allow fuller coverage of contemporary works
* 20th century architecture of Western Europe has been radically recast
* For the first time the architecture of the twentieth century is considered as a whole and assessed in an historical perspective
* Coverage has been extended to include buildings completed during the last ten years
* The coverage of Islamic architecture has been increased and re-organised to form a self contained section This unique reference book places buildings in their social, cultural and historical settings to describe the main patterns of architectural development, from Prehistoric to the International Style. Again in the words of Sir Banister Fletcher, this book shows that 'Architecture ... provides a key to the habits, thoughts and aspirations of the people, and without a knowledge of this art the history of any period lacks that human interest with which it should be invested.'