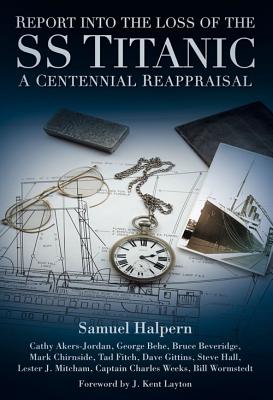 Report into the Loss of the SS Titanic (Hardcover)

An incredible group of experts reappraise the loss of the Titanic based on evidence that has come to light since the discovery of the wreck in 1985
Here, a team of dedicated, passionate, and expert authors issue their modern-day version of the report on the Titanic, with all the benefits of hindsight. Following the basic layout of the report, this ultimate Titanic reference book, provides fascinating insights into the ship herself, the American and British inquiries, the passengers and crew, the fateful journey and ice warnings received, the damage and sinking, protocol and process of rescue, the circumstances in connection with the SS Californian and SS Mount Temple, and the aftermath and ramifications around the world. These experts offer the last words on the subject, 100 years on.