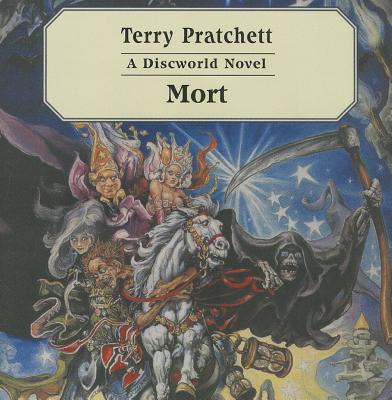 Another great title in the Discworld Series Mort is an uncompromising, gangling teenager who becomes an apprentice to Death, but proves less gifted at his new task of ushering souls out of the world. In fact, when it comes to the rather attractive Princess Keli (due to be assassinated). Mort fluffs it completely. He kills the assassin instead, thus interfering with the implacable workings of Fate. But reality isn't changed so easily; history as it should have been begins to take shape around Keli's city-state of Sto-Lat. Can Mort save Keli before she is squeezed out of existence? Death, having delegated much of his work to Mort, is displaying human characteristics: drinking, dice-playing and becoming curious about the nature of fun. Mort, meanwhile, is becoming less cheery and showing a worrying tendency to Speak in Hollow Capitals. . .