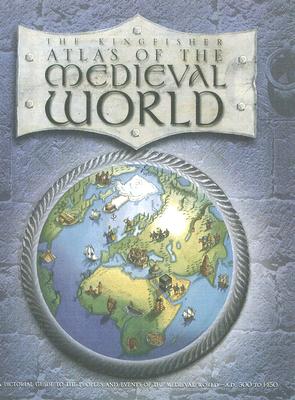 The Kingfisher Atlas of the Medieval World

With sixteen full-color maps showing what the world was like from A.D. 500 to 1450, this book is sure to capture in the attention of students interested in knights and castles, Vikings, Crusades, the Aztecs, and the Incas. Each map shows the major sites associated with a particular medieval theme, with colorful picture icons revealing cities, palaces, religious buildings, farmers, traders, warriors, and much more. Additional feature spreads present in-depth information on the key topics of cathedrals and monasteries, Islamic culture, knights and castles, and the Aztec capital of Tenochtitlan. This atlas is the ideal companion to classroom study of medieval history or literature.


Praise For The Kingfisher Atlas of the Medieval World…

Children's Literature
Embark on a journey to the medieval world to view celebrated—and in some instances, catastrophic events in history. This easily read, though not too intense title in the "KingfisherAtlas" series is attractively illustrated School Library Journal
Sixteen colorful maps depict the world from A.D. 500 to 1500.

Simon Adams worked as an editor of children's reference and other nonfictionbooks before becoming a full-time writer. He has written and contributed to more than fifty books on subjects as varied as the sinking of the Titanic, the two world wars, and the history of jazz. He is the author of Kingfisher Knowledge: Castles & Forts, Kingfisher Knowledge: Life in Ancient Rome, The Kingfisher Atlas of the Ancient World and The Kingfisher Atlas of the Medieval World.
Loading...
or
Not Currently Available for Direct Purchase