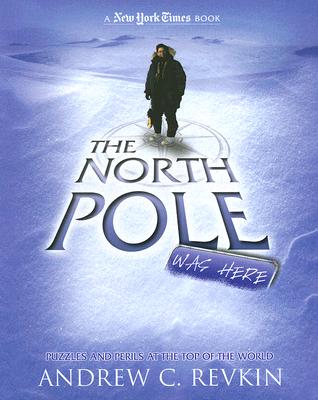 Puzzles and Perils at the Top of the World

The sun never sets, the air is twenty degrees below zero, and the ice is moving at four hundred yards an hour. Welcome to the North Pole. In 2003, environmental reporter Andrew Revkin joined a scientific expedition to one of the world's last uncharted frontiers, where he was the first New York Times reporter ever to file stories and photographs from the top of the world.

In his quest to understand the pole, Andrew leads readers through the mysterious history of arctic exploration; he follows oceanographers as they drill a hole through nine feet of ice to dive into waters below; peers into the mysteries of climate modeling and global warming; and ultimately shows how the fate of the pole will affect us all.

Andrew Revkin has been reporting on the environment for The New York Times since 1995. His coverage of climate change won the inaugural National Academies Communication Award for print journalism.He is also the author of The Burning Season and Global Warming: Understanding the Forecast. He lives in New York's Hudson River valley.

Praise For New York Times The North Pole Was Here: Puzzles and Perils at the Top of the World…

Science Books and Films"Although the text is for a younger audience, youths have not been written down to, and adults can certainly learn new information from the clear exposition."- Children's Literature
This is a fascinating book on a timely subject, but it is not an easy read, despite the fact that it is being marketed for kids as young as ten...The writing is first rate, the facts and anecdotes informative and entertaining.  VOYA The writing style is clear and engrossing, especially in the passages that deal with activities in which the scientists engaged. It is a recommended purchase for all libraries with strong young adult nonfiction collections.  School Library Journal
This exciting book is certain to fascinate readers...A blend of colorful full-bleed photos with text overlaid and smaller, bordered images makes for a dynamic layout. The wonderfully written narrative will pull youngsters into the book and hold them there willingly until the last page.