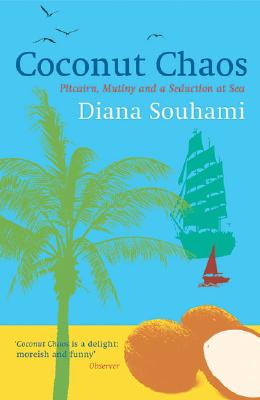 Pitcairn, Mutiny and a Seduction at Sea

A personal voyage to obscure Pitcairn Island, with profound modern echoes of the Bounty mutineers who settled there, this story moves from a simple, random event to its complex connections. Its conceptual core is how a small, chance thingthe taking of a coconut by Fletcher Christian from William Bligh's stores on the shiphad dramatic ramifications that continue today. The analogy is with chaos theory in science: how a small variation in conditions can result in dynamic transformations elsewhere. The vivid narrative includes mutiny, travel, biography, incest, murder and rape, science and technology, fantasy, and selective history. Sea voyages, most of them extraordinary, drive the narrative forward, the author's own journey to Pitcairn where Fletcher Christian hid to escape punishment; Bligh's navigation to Timor in violent weather, without maps, in a small boat, with scant supplies and starving men; and the voyage to England with mutineers in chains and their shipwreck.Never a "one thing after another"story, thistale is a metaphorical voyage that leads to the chaos of Pitcairn's unlawfulness today.

Diana Souhami is the author of many widely acclaimed books, including "Selkirk's Island," which won the 2001 Whitbread Biography Award, and "Wild Girls," nominated for the Lambda Literary Awards. She has also written plays for radio and television.
Loading...
or
Not Currently Available for Direct Purchase