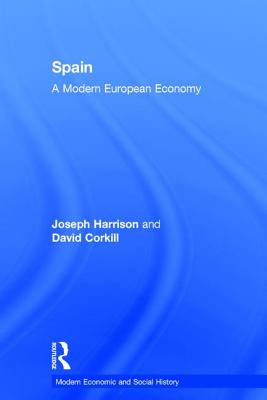 Perhaps more than any other European country, Spain has undergone a remarkable transformation in the post-war period. To the surprise of many, it has succeeded in making the leap from a predominantly agricultural and politically repressed country, to a modern European democracy with a diversified economy containing important manufacturing and service sectors. Yet, despite the fact that at the beginning of the twenty-first century Spain is the world's eighth largest economy, old stereotypes that see the Iberian nation as an inflexible, unchanging society, persist. As such, scholars will welcome this new study which challenges the picaresque and outdated notions of Spanish economic development, replacing them with a picture of rapid and profound modernization. Building upon the recent work of historians and economists, the authors provide a thoughtful and compelling overview of the subject that clearly elucidates both the positive and negative aspects of modern Spanish development. Thus, as well as charting the undoubted successes achieved, persistent problems - most notably high unemployment - are also explored. Written in a straightforward and engaging manner, this book engages with research from a wide variety of disciplines, and will be of interest to anyone with a specific interest in modern Spain, or a wider interest in economic development within the framework of the European Union.