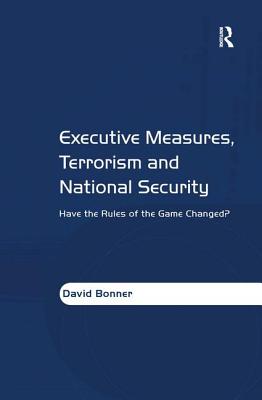 Have the Rules of the Game Changed?

David Bonner presents an historical and contemporary legal analysis of UK governmental use of executive measures, rather than criminal process, to deal with national security threats. The work examines measures of internment, deportation and restriction on movement deployed in the UK and (along with the imposition of collective punishment) also in three emergencies forming part of its withdrawal from colonial empire: Cyprus, Kenya and Malaya. These situations, along with that of Northern Ireland, are used to probe the strengths and weaknesses of ECHR supervision. It is argued that a new human rights era ushered in by a more confident Court of Human Rights and a more confident national judiciary armed with the HRA 1998, has moved us towards greater judicial scrutiny of the application of these measures - a move away from unfettered and unreviewable executive discretion.

David Bonner is Professor of Law at the University of Leicester, UK. He has published widely on terrorism and human rights, and in the area of social security law.
or support indie stores by buying on
Copyright © 2020 American Booksellers Association