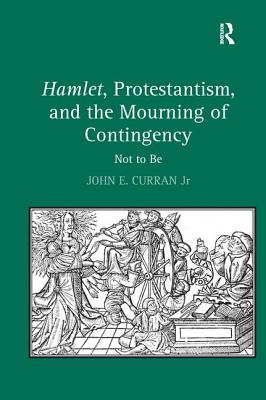 Hamlet, Protestantism, and the Mourning of Contingency

Building on current scholarly interest in the religious dimensions of the play, this study shows how Shakespeare uses Hamlet to comment on the Calvinistic Protestantism predominant around 1600. By considering the play's inner workings against the religious ideas of its time, John Curran explores how Shakespeare portrays in this work a completely deterministic universe in the Calvinist mode, and, Curran argues, exposes the disturbing aspects of Calvinism. By rendering a Catholic Prince Hamlet caught in a Protestant world which consistently denies him his aspirations for a noble life, Shakespeare is able in this play, his most theologically engaged, to delineate the differences between the two belief systems, but also to demonstrate the consequences of replacing the old religion so completely with the new.

John E. Curran Jr is Associate Professor of English at Marquette University, USA. He is also the author of Roman Invasions: The British History, Protestant Anti-Romanism, and The Historical Imagination in England, 1530-1660.
Loading...
or
Not Currently Available for Direct Purchase