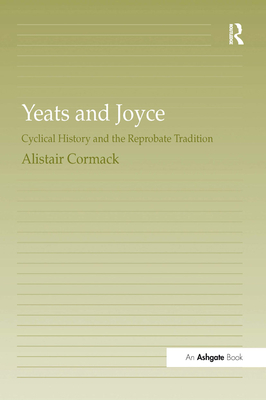 Cyclical History and the Reprobate Tradition

While postcolonial studies has contributed much to our understanding of Irish modernism, it has also encouraged less-than-accurate portrayals of Joyce and Yeats as polar opposites: Yeats as the inventor of Irish mystique and Joyce as its relentless demythologiser. Alistair Cormack's complex study provides a corrective to these misleading characterisations by analysing the tools Yeats and Joyce themselves used to challenge representation in the postcolonial era. Despite their very different histories, Cormack suggests, these two writers can be seen as allies in their insistence on the heresy of the imagination. Reinvigorating and politicising the history of ideas as a powerful medium for studying literature, he shows that Joyce and Yeats independently challenged a linearity and materialism they identified with empire. Both celebrated Ireland as destabilising the accepted forms of thought and the accepted means of narrating the nation. Thus, 'unreadable' modernist works such as Finnegans Wake and A Vision must be understood as attempts to reconceptualise history in a literally postcolonial period.