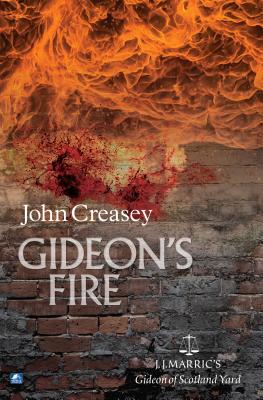 Master crime fiction writer John Creasey's near 600 titles have sold more than 80 million copies in over 25 languages under both his own name and ten other pseudonyms. His style varied with each identity and led to him being regarded as a literary phenomena. Amongst the many series written were 'Gideon of Scotland Yard', 'The Toff', 'The Baron', 'Dr. Palfrey' and 'Inspector West', as JJ Marric, Michael Halliday, Patrick Dawlish and others. During his lifetime Creasey enjoyed an ever increasing reputation both in the UK and overseas, especially the USA. This was further enhanced by constant revision of his works in order to assure the best possible be presented to his readers and also by many awards, not least of which was being honoured twice by the Mystery Writers of America, latterly as Grand Master. He also found time to found the Crime Writers Association and become heavily involved in British politics - standing for Parliament and founding a movement based on finding the best professionals in each sphere to run things. 'He leads a field in which Agatha Christie is also a runner.' - Sunday Times.
Loading...
or
Not Currently Available for Direct Purchase