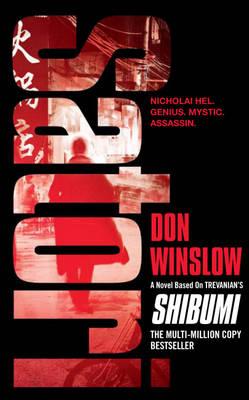 First there was Bond.
Then there was Bourne.
Now comes Hel.
Nicholai Hel-a Westerner by birth but an Asian by upbringing-speaks seven languages, kills with a naked hand, and is a master of the world's most challenging game of strategy: Go. All this has made him a very dangerous man-an assassin who blends in anywhere, doesn't need weapons to kill his targets, and sees ten moves ahead.
Released from three years of honing his mental and physical skills in solitary confinement on the condition that he kill a high-ranking Soviet official in China, Hel must survive a suicide mission to save his own life and the beautiful French spy that he loves.
SATORI
It's the height of the Cold War.
The game is lethal, the stakes enormous.
Nicholai Hel is on the board.