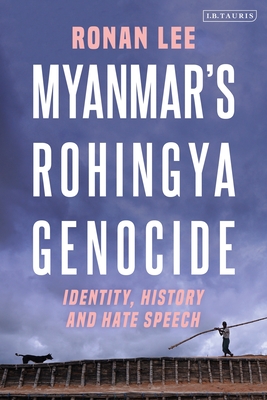 The genocide in Myanmar has drawn global attention as Nobel Peace Prize laureate Aung San Suu Kyi appears to be presiding over human rights violations, forced migrations and extra-judicial killings on an enormous scale. This unique study draws on thousands of hours of interviews and testimony from the Rohingya themselves to assess and outline the full scale of the disaster.

Casting new light on Rohingya identity, history and culture, this will be an essential contribution to the study of the Rohingya people and to the study of the early stages of genocide. This book adds convincingly to the body of evidence that the government of Myanmar has enabled a genocide in Rakhine State and the surrounding areas.

Ronan Lee is Visiting Scholar at the International State Crime Initiative, School of Law, Queen Mary University of London. He was formerly a Queensland State Member of Parliament (2001-2009) and served on the frontbench as a Parliamentary Secretary (2006-2008) in portfolios including the Aboriginal and Torres Strait Islander Partnerships. He has also worked as a senior government advisor, and as an election strategist and campaign manager.
Loading...
or support indie stores by buying on