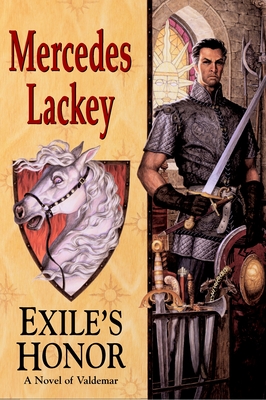 Alberich had spent most of his youth in the Karsite military schools training to be an officer. As the son of an impoverished mother, he had no other career choice open to him. And Alberich had risen in the ranks with almost unnatural speed. He developed expertise with many weapons and excelled in academic subjects with an ease that was the envy of his classmates. But in fact, the reclusive Alberich studied long and hard, pushing himself ruthlessly.

In battle, Alberich had always had a sort of “sixth sense” about things which were about to happen—when and from where the enemy would attack. Instinctively, he his this ability, for the Sunpriests kept careful watch for anyone exhibiting “demon powers” which were the hallmark of Karse’s greatest enemy—the witch-nation of Valdemar. Those they caught were “cleansed” in the fires of Vkandis Sunlord.

Both Alberich’s skill and secret served him well in the army of Karse, and when Alberich became one of Karse’s youngest captains, he received a special gift—a powerful white stallion “liberated” from the enemy. But this honor was merely a distraction, for the Sunpriests had laid a trap which even Alberich’s strange foresight could not predict…

Saved from burning as a witch when this odd white stallion braved flames and carried him over the border into Valdemar, he was healed by the same enemies he had been taught to hate his entire life. Though he knew he could never again return to his home, Alberich also knew he could never truly become a Valdemaran. How could Alberich remain true to his own people and still retain his honor while helping to train the direst enemy of Karse?

Mercedes Lackey is a full-time writer and has published numerous novels and works of short fiction, including the best-selling Heralds Of Valdemar series. She is also a professional lyricist and a licensed wild bird rehabilitator. She lives in Oklahoma with her husband, artist Larry Dixon, and their flock of parrots. She can be found at mercedeslackey.com.
Loading...
or support indie stores by buying on
(This book is on backorder)