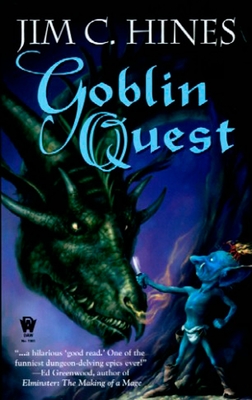 Jig is a scrawny little nearsighted goblin-a runt even among his puny species. Captured by a party of adventurers searching for a magical artifact, and forced to guide them, Jig encounters every peril ever faced on a fantasy quest.

"If you've always kinda rooted for the little guy, even maybe had a bit of a place in your heart for the likes of Gollum, rather than the Boromirs and Gandalfs of the world, pick up Goblin Quest - just make sure you keep well away from Golaka's stewpot." - The SF Site