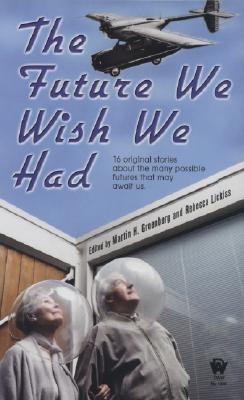 The Future We Wish We Had

This volume inclues 16 intriguing visions of tomorrow. Features stories by:

For all of those who thought that by now that they'd be driving along the skyways in their own personal jet car, who assumed that humans would have established bases on the Moon and Mars, or that diseases would have been conqured, the aging process slowed to a crawl, and war eliminated along with social injustice -- here are sixteen stories of futures that might someday be reality.

In 1995 Martin H. Greenberg was honored by the Mystery Writers of America with the Ellery Queen Award for lifetime achievement in mystery editing. He is also the recipient of two Anthony awards. Mystery Scene magazine called him "the best mystery anthologist since Ellery Queen." He has compiled more than 1,000 anthologies and is the president of TEKNO books. He lives in Green Bay, Wisconsin.
Loading...
or
Not Currently Available for Direct Purchase