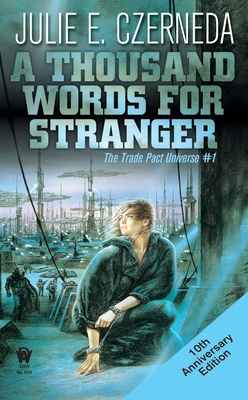 The tenth anniversary edition of Julie Czerneda's debut science fiction novel, the story of a woman on the run, from the law, her own people, and an unknown pursuer. Her memory taken from her by a stasis block, Sira must stay free long enough to regain her identity and the full use of her telepathic powers-for failure may cost not only her own future but that of her entire race.

Julie E. Czerneda is a biologist and writer whose science fiction has received international acclaim, awards, and best-selling status. She is the author of the popular "Species Imperative" trilogy, the "Web Shifters" series, the "Trade Pact Universe" trilogy and her new "Stratification" novels. She was a finalist for the John W. Campbell Award for Best New Writer. Her stand-alone novel, In the Company of Others, won Canada's Prix Aurora Award and was a finalist for the Philip K. Dick Award for Distinguished SF. Julie lives with her husband and two children in the lake country of central Ontario, under skies so clear they could take seeing the Milky Way for granted, but never do. You can find her at www.czerneda.com.
or
Not Currently Available for Direct Purchase
Copyright © 2020 American Booksellers Association