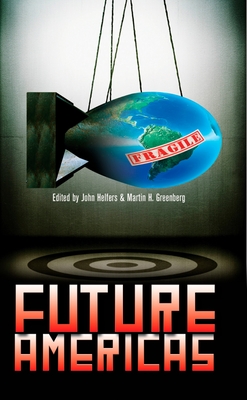 Predicting the future has long been a cornerstone of science fiction. Now seventeen farseeing authors have taken up the challenge of gazing into the future and seeing where America may be the day after tomorrow. From an America where history has become myth and misinformation amid the ruins of a once-vast land...to a place where the only existence for genetic misfits is as slaves to the "Gawders"...to a company intent on cloning the world's species, both extinct and endangered, back to a balanced ecosystem, here are original stories that will have readers thinking about the future, and about how their own actions now could make a difference tomorrow.

In 1995 Martin H. Greenberg was honored by the Mystery Writers of America with the Ellery Queen Award for lifetime achievement in mystery editing. He is also the recipient of two Anthony awards. Mystery Scene magazine called him "the best mystery anthologist since Ellery Queen." He has compiled more than 1,000 anthologies and is the president of TEKNO books. He lives in Green Bay, Wisconsin.
Loading...
or
Not Currently Available for Direct Purchase