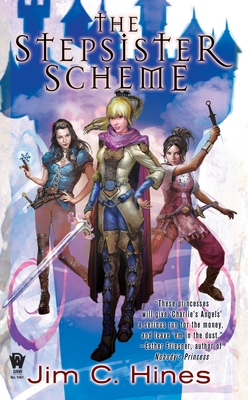 What would happen if an author went back to the darker themes of the original fairy tales for his plots, and then crossed the Disney princesses with Charlie's Angels? What's delivered is The Stepsister Scheme?a whole new take on what happened to Cinderella and her prince after the wedding. And with Jim C. Hines penning the tale readers can bet it won't be "and they lived happily ever after."