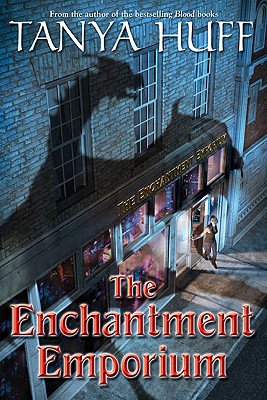 The bestselling author of the Blood Books delivers a masterful new urban fantasy.

Alysha Gale is a member of a family capable of changing the world with the charms they cast. Then she receives word that she's inherited her grandmother's junk shop in Calgary, only to discover upon arriving that she'll be serving the fey community. And when Alysha learns just how much trouble is brewing in Calgary, even calling in the family to help may not be enough to save the day.

"Combine Huff’s ability to blend ancient traditions seamlessly into the modern world and make them seem perfectly normal with her characters who are appealing and fun to hang out with, and you’re in for an amazing read." —Seattle Post-Intelligencer

Tanya Huff may have left Nova Scotia at three, and has lived most of her life since in Ontario, but she still considers herself a Maritimer. On the way to the idyllic rural existence she shares with her partner Fiona Patton, six cats, and a chihuahua, she acquired a degree in Radio and Television Arts from Ryerson Polytechnic—an education she was happy to finally use while writing her recent Smoke novels. Of her previous twenty-three books, the five—Blood Price, Blood Trail, Blood Lines, Blood Pact, Blood Debt—featuring Henry Fitzroy, bastard son of Henry VIII, romance writer, and vampire are among the most popular.
Loading...
or
Not Currently Available for Direct Purchase