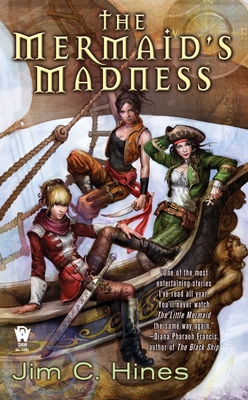 What would happen if a star writer went back to the darker themes of the original fairy tales for plots, and then crossed the Disney princesses with Charlie?s Angels? What he?d end up with is The Mermaid?s Madness?a whole new take on The Little Mermaid. And with Jim C. Hines, of Jig the Goblin fame, penning the tale, you canbet itwon?t be ?Theylived happily ever after.?