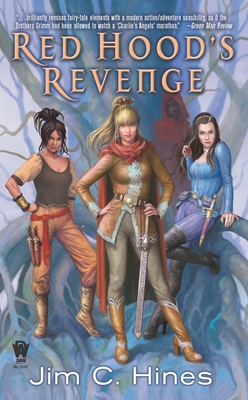 Wars may end. But vengeance is forever.

Roudette's story was a simple one. A red cape. A wolf. A hunter. Her mother told her she would be safe, so long as she kept to the path. But sometimes the path leads to dark places. Roudette is the hunter now, an assassin known throughout the world as the Lady of the Red Hood. Her mission will take her to the country of Arathea and an ancient fairy threat. At the heart of the conflict between humans and fairies stands the woman Roudette has been hired to kill, the only human ever to have fought the Lady of the Red Hood and survived-the princess known as Sleeping Beauty.