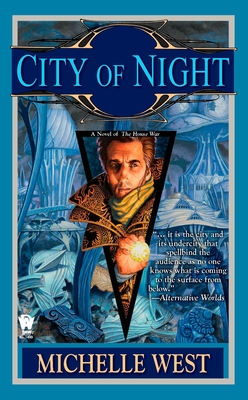 Times are truly desperate within Averalaan’s hundred holdings. Street children are disappearing, theft and violence are increasing, and even Jewel Markess’s den is finding it hard to make ends meet.
Demonic activity has escalated in both the Undercity and the mortal surface level city as the worshipers and servants of the Lord of the Hells strive to complete the rituals that will return their god to the mortal realm. As Rath joins with mages and the Twin Kings' agents to wage a secret battle against this nearly unstoppable foe, he gives Jewel and her den of orphans the opportunity to escape the chaos by providing them with a note of introduction to the head of House Terafin, where Jewel will discover her destiny.