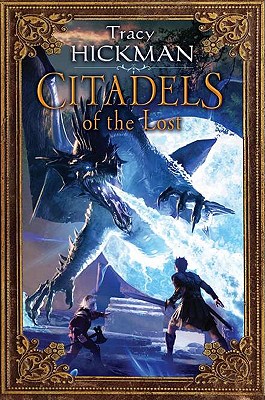 Citadels of the Lost

The fates of Drakis, former slave warrior of the elven empire of Rhonas, and Soen, former Inquisitor of the Iblisi, are inexorably tied to the magic of Aether-lifeblood of the elven empire and the cause of humanity's fall. As each searches for the truth beyond legends, he must face his own destiny: Drakis amid the ruins of humanity's Lost Citadels; Soen in a desperate race to seize control of the farthest Aether Well of the empire...

Tracy Hickman has been writing and exploring fantasy and science fiction since the 1970s. Tracy eventually became a "New York Times " bestselling author (with Margaret Weis) of numerous series such as "Dragonlance," the "Death Gate Cycle," "Darksword," and "Rose of the Prophet." Together with his wife Laura, Tracy co-created the "Dragonlance" and "Ravenloft "games and, more recently, their own fantasy series, The Bronze Canticles. Tracy and Laura live in the Salt Lake Valley of Utah and have four children.
Loading...
or
Not Currently Available for Direct Purchase