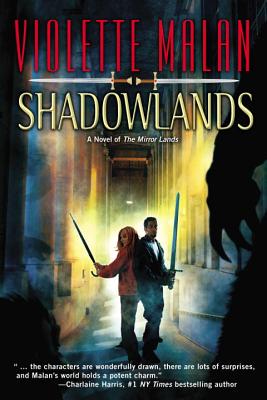 The war in the Land of the Faerie has finally ended. Prince Cassandra dispatches Stormwolf, formerly a Hound but cured by his prince's magic and restored to the Rider he once was, to the Shadowlands to call home the People who remain refugees there. But Stormwolf finds the Hounds of the Wild Hunt now prey upon the souls of the humans, draining them of the magic which is the very lifeblood of the People. With the help of Valory Martin, a mortal psychic, Stormwolf must find the magic needed to defeat the Hunt before it's too late.

“Inventive, compelling, and crammed with action.” — Howard Andrew Jones, author of THE BONES OF THE OLD ONES

"The author weaves an intricate tapestry.... One can only hope that there will be more tales featuring these fantastical beings and their remarkable abilities." — Night Owl Reviews

"This is a fabulous urban fantasy sequel to The Mirror Prince...[and] a strong thriller." — Genre Go Round Reviews

"Fantastic worldbuilding, several interwoven plots, interesting characters.... Shadowlands will not disappoint those who have long awaited seeing what happened to the High Prince." — Sci-Fi Fan Letter

Violette Malan lives in a nineteenth-century limestone farmhouse in southeastern Ontario with her husband. Born in Canada, Violette’s cultural background is half Spanish and half Polish, which makes it interesting at meal times. She has worked as a teacher of creative writing, English as a second language, Spanish, beginner’s French, and choreography for strippers. On occasion she’s been an administrative assistant and a carpenter’s helper. Her most unusual job was translating letters between lovers, one of whom spoke only English, the other only Spanish. She can be found at violettemalan.com.
Loading...
or
Not Currently Available for Direct Purchase