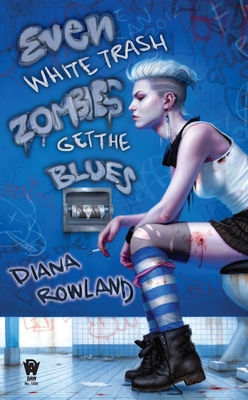 Even White Trash Zombies Get the Blues

Angel Crawford is finally starting to get used to life as a brain-eating zombie, but her problems are far from over. Her felony record is coming back to haunt her, more zombie hunters are popping up, and she’s beginning to wonder if her hunky cop-boyfriend is involved with the zombie mafia. Yeah, that’s right—the zombie mafia.

Throw in a secret lab and a lot of conspiracy, and Angel’s going to need all of her brainpower—and maybe a brain smoothie as well—in order to get through it without falling apart.

Praise For Even White Trash Zombies Get the Blues…