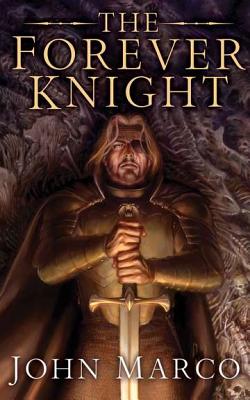 A Novel of the Bronze Knight

Lukien is the Bronze Knight, beloved by his kingdom and renowned in battle throughout his world. After betraying his king and losing his beloved, he wishes only for death, but rather than die, Lukien is given a chance for redemption: to be the protector of the Inhumans those fragile mortals who live deep in the desert, far from the prying eyes of their world. These remarkable individuals have been granted magical powers in exchange for the hardships and handicaps life has handed them. And Lukien, now immortal himself, must be their champion. But how can one man, even an immortal warrior, protect hundreds from a world of potential enemies?

Praise For The Forever Knight: A Novel of the Bronze Knight…

"No one can write epic fantasy as masterfully as John Marco—his constantly up-tempo narrative, brilliantly complex plotlines, multitudes of realistic, morally indistinct characters, and awe-inspiring settings are second to none. Genre fans will never look at epic fantasy the same way again... If this series is any indication, he will be remembered as one of the best fantasy authors of the era."

"A classic tale of triumph and tragedy, well written with great depth of emotion...I wouldn’t be surprised to hear Marco, and this book, mentioned alongside the icons of the fantasy genre."

"Mr. Marco has delivered an epic fantasy with heart and pathos.  His characters are flawed and believable, wholly sympathetic to the reader.  He paints a landscape of palace grandeur and desert isolation where magic is a reality and winning a battle is not wining the war."

"A fine, entertaining reading experience.... John Marco has again illustrated why he is one of the preeminent novelists at the gates of fantasy literature."

John Marco's debut fantasy series, "Tyrants and Kings," earned him a Barnes and Noble Readers Choice Award and has since been translated into numerous languages around the world. In addition to his work as a novelist, he is also a technical communicator, an enthusiast of military history, and a student of psychology. He often spends his free time biking through the parks of his native Long Island, where he lives with his wife Deborah and his son Jack.
Loading...
or
Not Currently Available for Direct Purchase