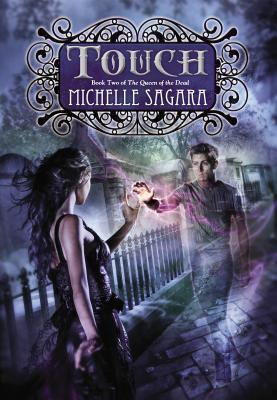 Queen of the Dead, Book Two

Nathan died in the summer before his final year in high school, leaving behind a mother who was devoted to him and a girlfriend he loved. His mother and his girlfriend, Emma, are still alive; Nathan is not. But he wakes in his room—or in the shrine his mother’s made of his room—confused, cold, and unable to interact with anyone or anything he sees. The only clear memory he has is a dream of a shining city, and its glorious queen, but the dream fades, until he once again meets Emma—by the side of his own grave.

Nathan wants life. He wants Emma. He wants warmth, sensation, a sleep that doesn’t leave him confused and aching.

But the cost, to Emma, will be incalculably high—because Emma just might be able to give him what he wants.

Praise For Touch: Queen of the Dead, Book Two…

"A spooky and emotionally moving urban fantasy.... Silence distinguishes itself in a glutted field of YA paranormal fiction. Sagara starts with some of the popular plot tropes, but doesn’t take them in the directions you might expect, and the lovable characters and authentic emotion help set the book apart too. It’s a story of loss, grief, and the way life goes on after tragedy, sad at times, but hopeful rather than depressing." —Fantasy Literature Review

Michelle Sagara has published numerous short stories and fantasy novels, including the successful Cast (The Chronicles of Elantra) novels and her Queen of the Dead series. She lives in Toronto with her husband and her two sons. She started working in bookstores at the age of sixteen, and never stopped, although she also held full-time summer jobs at IBM. She reads, reviews the occasional book for the Magazine of Fantasy & Science Fiction, and works at a bookstore, part-time. She can contacted via her website, michellesagara.com.
Loading...
or
Not Currently Available for Direct Purchase