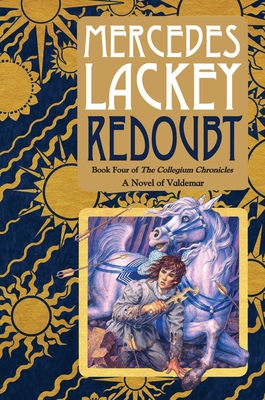 Life at the Heralds' Collegium in Haven has definitely improved for Mags. He's even become something of a hero since risking his own life to rescue Amily--daughter of Nikolas, the King's Own Herald--from Karsite kidnappers. But Mags still doesn't know who his parents were, and Bear, Mags' Trainee friend, was not one to let him forget: "You gotta deal with your past Mags, you have to. If you don't, it'll just keep coming back to haunt you, and one day it'll do something to you that you can't get out of."

Mags began his special training as Nikolas' undercover partner and future spy for the crown. Disguised, they work at night in one of the seedier parts of Haven, where Nikolas had set up a false identity as a pawnbroker and fence. Mags poses as his deaf-mute nephew, covertly watching and listening from behind the desk. He was especially good at the trait that had kept him alive as a child laborer in the gem mine--ferreting out hidden motives.

Now Mags has graduated to a new role: Nikolas' partner and information broker. Mags channels his old cunning self from the mines and discovers that he's quite good at his new job. So good, in fact, that Nikolas decides to let him open the shop alone one hot, summer night. Mags has barely unlocked the shop when everything goes black in a blinding flash of pain.

He wakes with an agonizing headache, bound, blindfolded, in a conveyance of some kind. But worst of all, he's head-blind. No Mindspeech--he can't even sense Dallen. And if he can't sense or hear Dallen, then no one can sense him. And if no one can sense him, no one can come to his rescue.

“Returning to her beloved Valdemar universe, Lackey opens her new series at a pivotal time in the history of Valdemar, when the education of Heralds is changing and dangers from other lands are felt in the court and on the training field. Series fans will enjoy the variations on a familiar theme, while enough information is presented for first-timers to discover a world of high adventure and individual courage. Highly recommended.”—Library Journal

“Has everything you’d expect in a Valdemar book…and it’s wonderful.”—Romantic Times