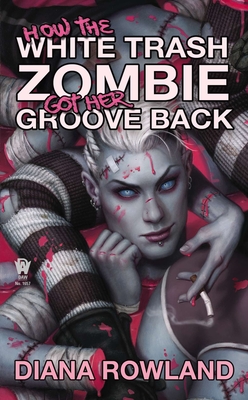 How the White Trash Zombie Got Her Groove Back

Our favorite zombie Angel Crawford has come a long way from her days as a pain-pill-addicted high school dropout with a felony record. After a year highlighted by murder, kidnapping, and the loss of her home, all she wants to do is kick back, relax, and maybe even think about college.

But when key members of the “Zombie Mafia” go missing, she has no choice but to get involved. Angel is certain Saberton Corporation is behind the disappearances, yet she can’t shake the sense that a far deeper conspiracy is at work. With the small band of friends she can trust, Angel strikes out to track down the missing zombies.

From a seedy redneck bar in the backwoods of south Louisiana to a high society cocktail party halfway across the country, Angel claws her way through corporate intrigue, zombie drugs, and undead trafficking. In no time at all she's embroiled in kidnapping plits and hostage negotiations—though for once she's the one calling the felonious shots. Add some breaking and entering, criminal damage, and a wee bit of terrorism, and Angel's up to her undead ears in the kind of trouble she excels at.

But when unexpected danger threatens to destroy her, all the brains and bravado in the world may not be enough to keep her from going to pieces.

Praise For How the White Trash Zombie Got Her Groove Back…