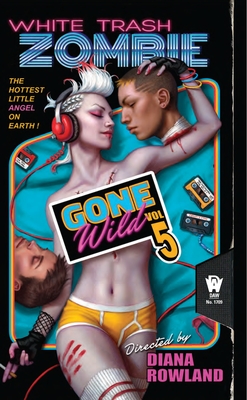 Angel Crawford has buried her loser past and is cruising along in undead high gear—that is, until a murder-by-decapitation sends her on a hazardous detour. As Angel hunts for the killer, she uncovers a scheme that would expose zombies to the public and destroy the life she’s built, and she’s determined not to rest until she finds out who’s behind it.

Soon she’s neck-deep in lies, redneck intrigue, zombie hunters, and rot-sniffing cadaver dogs. It’s up to her to unravel the truth and snuff out the conspiracy before the existence of zombies makes headline news and she’s outed as a monster.

But Angel hasn’t quite escaped the pill-popping ghosts of her past—not with an illicit zombie pharmaceutical at her fingertips. Good thing she’s absolutely sure she can handle the drug’s unpredictable side effects and still take down the bad guys…or maybe she’s only one bad choice away from being dead meat—for real this time.

Angel knows a thing or two about kicking ass, but now the ass she needs to kick might be her own.