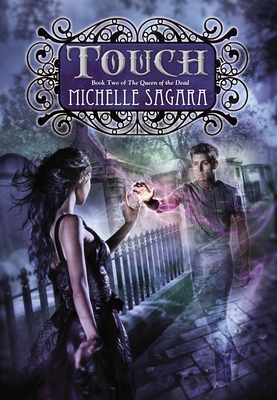 Four months ago, Nathan had everything he wanted in life: he had Emma.

Three months ago, he died.

Death hasn't been easy. The only people who can see the dead are Necromancers and their Queen. And you don't want to piss off the Queen of the Dead. She's brilliant light and fire, and if there's no actual hell, she can make a personal one, just for you.

But all she seems to want for Nathan is to send him home -- where he can see the people he loved, even if they can't see him. He doesn't know why. He doesn't care. If he goes home, he can finally see...

EMMA
Four months ago, Emma was in love with Nathan.

Three months ago, he died.

One month ago, Emma began to see the dead. They look exactly the way they appeared before they died; she knows. She's seen her father. She's even argued with him.

But even if she could get rid of this strange power, she wouldn't, because if it's gone, she'll never see Nathan again...

But the Queen of the Dead has plans of her own, for both Nathan and Emma.

"A spooky and emotionally moving urban fantasy.... Silence distinguishes itself in a glutted field of YA paranormal fiction. Sagara starts with some of the popular plot tropes, but doesn’t take them in the directions you might expect, and the lovable characters and authentic emotion help set the book apart too. It’s a story of loss, grief, and the way life goes on after tragedy, sad at times, but hopeful rather than depressing." —Fantasy Literature Review

Michelle Sagara has published numerous short stories and fantasy novels, including the successful Cast (The Chronicles of Elantra) novels and her Queen of the Dead series. Michelle Sagara lives in Toronto with her husband and her two sons, the oldest of whom has finished high school. She started working in bookstores at the age of sixteen, and never stopped, although she also held full-time summer jobs at IBM. She reads, reviews the occasional book for the Magazine of Fantasy & Science Fiction, and works at a bookstore, part-time. She can contacted via her website, michellesagara.com.
Loading...
or
Not Currently Available for Direct Purchase