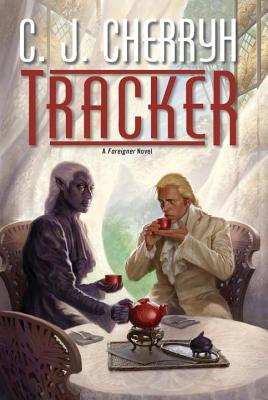 The sixteenth novel in Cherryh’s Foreigner space opera series, a groundbreaking tale of first contact and its consequences…

It’s been a year of upheaval, since Bren Cameron’s return from space—a year when he and the aiji-dowager, one of his most powerful atevi allies, returned home from their two-year interstellar mission to find the government over­thrown and their world in chaos.

Now, at last, things are calming down; the Assassins’ Guild is functioning again, working out its internal difficulties, and Bren is settling back into his routine: not as Lord of the Heavens; not—to his regret—as Lord of Najida peninsula, where his leisure estate is located; but as paidhi-aiji, an official in the atevi court.

His current ambition is to keep himself and his bodyguard out of harm’s way, and to shepherd the aiji-dowager’s daring new trade agreement through the appropriate legislative committees. Combined with Tabini-aiji’s recent appointment of his young son Cajeiri as his official heir, Bren’s workload is challenging, but at least things on the atevi world seem to be on the right track.

Something is coming, however, quietly, stealthily, just the first ominous twinkle of a new star in the heavens….

C. J. Cherryh planned to write since the age of ten. When she was older, she learned to use a typewriter while triple-majoring in Classics, Latin, and Greek. With more than seventy books to her credit, and the winner of three Hugo Awards, she is one of the most prolific and highly respected authors in the science fiction field. Cherryh was recently named a Damon Knight Memorial Grand Master by the Science Fiction Writers of America. She lives in Washington state. She can be found at cherryh.com.
Loading...
or
Not Currently Available for Direct Purchase