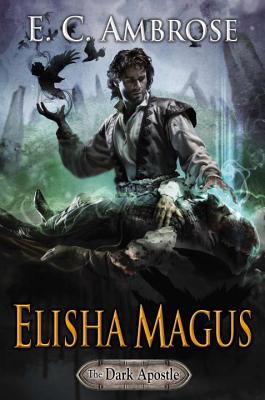 Elisha, a barber-surgeon from the poorest streets of benighted fourteenth-century London, has come a long way from home. He was always skilled at his work, but skill alone could not protect him on the day that disaster left his family ruined and Elisha himself accused of murder. With no other options, Elisha accepted a devil's bargain from Lucius, a haughty physician, to avoid death by hanging by serving under the sadistic doctor as a battle surgeon of the king's army, at the front lines of an unjust war.
Elisha worked night and day, both tending to the wounded soldiers and protecting them from the physician's experiments. Even so, he soon found that he had a talent for a surprising and deadly sort of magic, and was drawn into the clandestine world of sorcery by the enchanting young witch Brigit who had baffling ties to his past, and ambitious plans for his future. Yet even Brigit did not understand the terrible power Elisha could wield, until the day he was forced to embrace it and end the war...by killing the king.
Now, Elisha has become a wanted man not only by those who hate and fear him, but by those who d seek to woo his support. Because, hidden behind the politics of court and castle, it is magic that offers power in its purest form. And the players in that deeper game are stranger and more terrifying than Elisha could ever have dreamed.
There are the magi, those who have grasped the secrets of affinity and knowledge to manipulate mind and matter, always working behind the scenes. There are the indivisi, thought mad by the rest of the magical world: those so devoted to their subject of study that they have become indivisible from it, and whose influence in their realm is wondrous beyond even the imaginations of normal magi. And then there are there may be the necromancers, whose methods, motives, and very existence remain mysterious. Where rumors of their passing go, death follows.
But death follows Elisha, too.