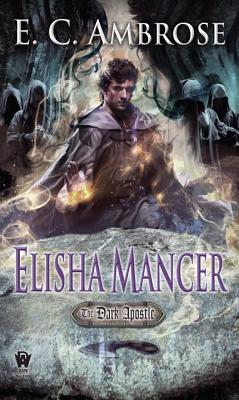 Elisha was once a skilled barber-surgeon, but healing is no longer his finest art. After discovering his exceptional potential for a singularly deadly magic, Elisha has slain a king, stopped a war, and even had the regency thrust upon his own commoner’s head until he could rescue the true heir, Thomas.

With Thomas back on the throne of England, Elisha must now work on his king’s behalf to fight an even greater threat than civil war: the specter of the necromancers, a shadowy cabal that has already corrupted priests and princes, and that may have even grander, darker plans.

Elisha travels to the continent to warn England’s allies of the mancer threat, as well as to discover the full extent of the mancers’ plans. But it soon becomes clear that if he is to have any hope of stopping those plans from coming to fruition, he must forge new alliances in unexpected places—as well as embrace the terrifying magical abilities in his possession, a move he fears will make him into just the kind of man he strives against.