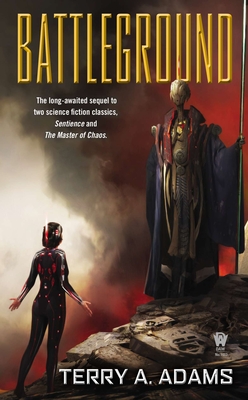 Hanna Bassiano, formerly known as Lady H’ana ril-Koroth of D’neera, was, like all the people of the planet D’neera a telepath. Mutated from true-human stock, the D’neerans had claimed a world of their own to escape persecution, and started a flourishing civilization there. Now, accepted by true-humans, some like Hanna had ventured out into the wider universe, using their talents to the benefit of all. Hanna herself had become humanity’s expert in first contact with other sentient races. And though her very first mission had nearly ended in her death and could have resulted in a devastating interstellar war, both Hanna and humanity had survived.

Several additional contacts had seen her firmly established as the person to spearhead this new first-contact mission. She and her handpicked team were now aboard alien contact ship Endeavor Three, following a centuries’ cold trail to a distant world that had sent its own expedition to the human colony world New Earth two hundred years ago.

Long before Endeavor reached the planet they came to know as Battleground, Hanna began to explore the starways with her mind, seeking contact with this legendary race. But when at last she managed to touch the minds she sought, Hanna could scarcely believe what she had found—a race that seemed to exist only to fight, to breed, and to die.

How could they survive for all these years? How had they come to be like this? And how would they respond to a peaceful expedition of humans arriving on their world?

This brand-new science fiction novel follows The D'neeran Factor, an omnibus of Sentience and The Master of Chaos, and continues the adventures of Hanna Bassiano, human telepath and first-contact specialist aboard the spaceship Endeavor.

"It is an exciting story, well told and well written.... An excellent SF thriller by a new writer, one whose future books will be well worth watching for."—VOYA

"Adams writes with an elaborate, intricate prose ... [and] weaves an elegant tale that makes for fascinating reading."—Locus

"Ms. Adams proves herself to be a major talent to watch with this complex and fascinating tale."—RT Book Reviews

"Telepathy is a well-used theme in SF, but seldom is it used with the effect that Adams is able to create."—Kliatt

Terry A. Adams is the author of first-contact science fiction novels Sentience and Master of Chaos. Sentience was a Best First Novel in Locus in 1986 and was nominated for the 1987 Nebula Award for Best Novel. Adams currently lives in Indiana.
Loading...
or
Not Currently Available for Direct Purchase