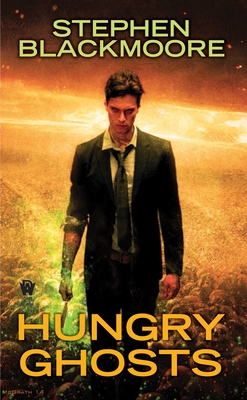 Necromancer Eric Carter's problems keep getting bigger. Bad enough he's the unwilling husband to the patron saint of death, Santa Muerte, but now her ex, the Aztec King of the dead, Mictlantecuhtli, has come back -- and it turns out that Carter and he are swapping places. As Mictlantecuhtli breaks loose of his prison of jade, Carter is slowly turning to stone.

To make matters worse, both gods are trying to get Carter to assassinate the other. But only one of them can be telling him the truth and he can't trust either one. Carter's solution? Kill them both.

If he wants to get out of this situation with his soul intact, he'll have to go to Mictlan, the Aztec land of the dead, and take down a couple of death gods while facing down the worst trials the place has to offer him: his own sins.