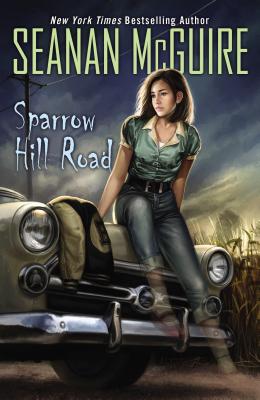 Rose Marshall died in 1952 in Buckley Township, Michigan, run off the road by a man named Bobby Cross—a man who had sold his soul to live forever, and intended to use her death to pay the price of his immortality. Trouble was, he didn’t ask Rose what she thought of the idea.

They have names for her all over the country: the Girl in the Diner. The Phantom Prom Date. The Girl in the Green Silk Gown. Mostly she just goes by “Rose,” a hitchhiking ghost girl with her thumb out and her eyes fixed on the horizon, trying to outrace a man who never sleeps, never stops, and never gives up on the idea of claiming what’s his. She’s the angel of the overpass, she’s the darling of the truck stops, and she’s going to figure out a way to win her freedom. After all, it’s not like it can kill her.

"Hitchhiking ghosts, the unquiet dead, the gods of the old American roads—McGuire enters the company of Lindskold and Gaiman with this book, creating a wistful, funny, fascinating new mythology of diners, corn fields, and proms in this all-in-one-sitting read!" —Tamora Pierce

"Seanan McGuire doesn't write stories, she gifts us with Myth—new Myths for a layered America that guide us off the twilight roads and lend us a pretty little dead girl to show us the way home." —Tanya Huff

"McGuire applies a hard-boiled mentality and a keen appreciation for mythology to a blend of politics, magic, and romance." —Publishers Weekly (starred review)

“The first volume of McGuire’s Ghost Stories is an evocative and profoundly creative work that instantly wraps around readers’ imaginations. Providing a new point of view for an old ghost story, this emotional, consistently surprising collection of adventures is also a striking testament to the power of American myths and memories.” —RT Reviews (top pick)

You can visit her at www.seananmcguire.com.
Loading...
or
Not Currently Available for Direct Purchase