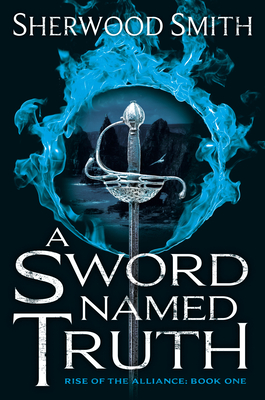 A Sword Named Truth (Rise of the Alliance #1)

“Readers will be thoroughly transfixed by Inda's adventures…. Sherwood Smith is a great world builder who makes the kingdom, the Venn Empire and the other places Inda travels seem very real. There is plenty of action, but not at the expense of creating believable characters who make for stirring high seas adventures.” —Alternative Worlds

Sherwood Smith started making books out of paper towels at age six. In between stories, she studied and traveled in Europe, got a Masters degree in history, and now lives in Southern California with her spouse, two kids, and two dogs. She’s worked in jobs ranging from counter work in a smoky harbor bar to the film industry. Writing books is what she loves best. She’s the author of the high fantasy History of Sartorias-deles series as well as the modern-day fantasy adventures of Kim Murray in Coronets and Steel. Learn more at www.sherwoodsmith.net.
Loading...
or
Not Currently Available for Direct Purchase