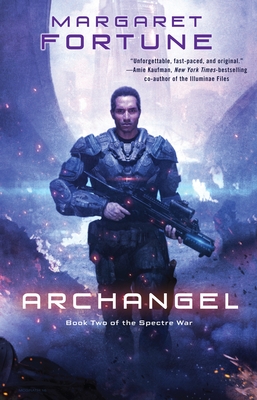 An enemy you can’t kill. A soldier who can’t fight. An interstellar war that can’t be won . . . until now.

As a soldier of the Celestial Expanse, Guardian First Class Michael Sorenson knows better than anyone that when the Spectres invade, there are only two options. Run or die. However, his defensive war takes on a whole new spin when he’s recruited into Division 7, a Research & Development facility with the ultimate mission: to create a large-scale weapon that can kill Spectres en masse.

Here Michael joins a team of military elite who have the daring—and dangerous—task of taking new weapons prototypes out into the field for testing on enemy troops. Yet the closer they come to developing a working WMD, the more it becomes clear: There’s a saboteur in R&D.

With all signs pointing to a massive Spectre attack brewing on the horizon, the creation of a new weapons system yields an opportunity to end the threat once and for all. As the days count down toward its launch, Michael must hunt down the saboteur . . . before the saboteur hunts down him.

Praise for the Spectre War series: