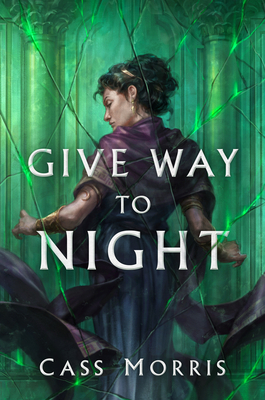 The second book of the Aven Cycle explores a magical Rome-inspired empire, where senators, generals, and elemental mages vie for power.

Latona of the Vitelliae, mage of Spirit and Fire, is eager to wield her newfound empowerment on behalf of the citizens of Aven--but societal forces conspire to keep her from exercising her gifts, even when the resurgence of a banished cult plots the city's ruin. To combat this threat, Latona must ally with Fracture mage Vibia, the distrustful sister of Sempronius Tarren.

While Latona struggles to defend their home, Sempronius leads soldiers through wartorn provinces to lift the siege of Toletum, where Latona's brother Gaius is hemmed in by supernatural forces. Sempronius must contend not only with the war-king Ekialde and his sorcerers, but with the machinations of political rivals and the temptations of his own soul, ever-susceptible to the darker side of ambition.

Though separated by many miles soon after their love affair began, Latona and Sempronius are united by passion as they strive to protect Aven and build its glorious future.

Praise For Give Way to Night (Aven Cycle #2)…

Praise for Give Way to Night:

"Give Way to Night delighted and enthralled me. It’s a fabulous and worthy sequel to my favorite “Rome with magic” novel, From Unseen Fire." —Kate Elliott, author of Unconquerable Sun

"The multilayered politics—both mundane and supernatural—will keep readers hooked. This is a satisfying return to the series." —Publishers Weekly

Cass Morris works as an educator in central Virginia and as a bookseller on the Outer Banks of North Carolina. She holds a Master of Letters from Mary Baldwin University and a BA in English with a minor in history from the College of William and Mary. She reads voraciously, wears corsets voluntarily, and will beat you at MarioKart. Find her online at cassmorriswrites.com or on Twitter & Instagram @cassrmorris.
Loading...
or support indie stores by buying on