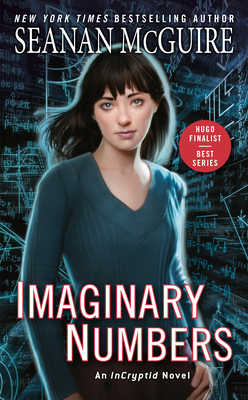 The ninth book in the fast-paced InCryptid urban fantasy series returns to the mishaps of the Price family, eccentric cryptozoologists who safeguard the world of magical creatures living in secret among humans.

Sarah Zellaby has always been in an interesting position. Adopted into the Price family at a young age, she's never been able to escape the biological reality of her origins: she's a cuckoo, a telepathic ambush predator closer akin to a parasitic wasp than a human being. Friend, cousin, mathematician; it's never been enough to dispel the fear that one day, nature will win out over nurture, and everything will change.

Maybe that time has finally come.

After spending the last several years recuperating in Ohio with her adoptive parents, Sarah is ready to return to the world--and most importantly, to her cousin Artie, with whom she has been head-over-heels in love since childhood. But there are cuckoos everywhere, and when the question of her own survival is weighed against the survival of her family, Sarah's choices all add up to one inescapable conclusion.

This is war. Cuckoo vs. Price, human vs. cryptid...and not all of them are going to walk away.

"McGuire’s InCryptid series is one of the most reliably imaginative and well-told sci-fi series to be found.... McGuire’s heroine is a brave, resourceful and sarcastic delight, and her intrepid comrades are just the kind of supportive and snarky sidekicks she needs." —RT Reviews

"The InCryptid series continues to be storytelling at its best. Tricks for Free sends us on a rollercoaster of emotions and thrills with its engaging plot and ever-expanding and fascinating world." —All Things Urban Fantasy

Seanan McGuire is a Hugo, Nebula, and Locus award-winning author. The October Daye novels are her first urban fantasy series, and the InCryptid novels are her second series, both of which have put her on the New York Times bestseller list and the Hugo ballot. She is the first person to be nominated for five Hugo Awards in a single year.
Loading...
or support indie stores by buying on