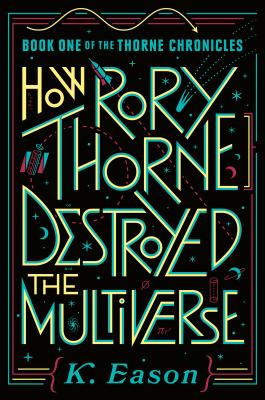 Book One of the Thorne Chronicles

Praise For How Rory Thorne Destroyed the Multiverse: Book One of the Thorne Chronicles…

K. Eason lives with her husband and a trio of disreputable cats in Southern California, where she teaches first-year college students about zombies and food (not at the same time!). Her short fiction has appeared in Cabinet-des-Fées, Postcards from Hell: The First Thirteen, Jabberwocky 4, Crossed Genres, Kaleidotrope, Ink: Queer Sci Fi Anthology, and Shapers of Worlds: Volume III. She has written the On the Bones of Gods trilogy, The Thorne Chronicles, and The Weep duology, the second book of which, Nightwatch over Windscar, is forthcoming from DAW Books in November 2022. When she's not writing or commenting on essays, she's probably playing D&D.
Loading...
or
Not Currently Available for Direct Purchase