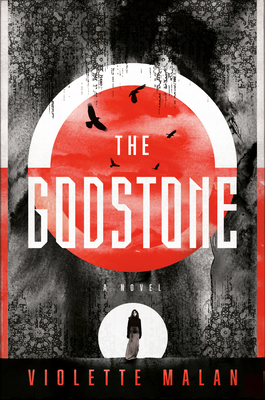 This new epic fantasy series begins a tale of magic and danger, as a healer finds herself pulled deeper into a web of secrets and hazardous magic that could bring about the end of the world as she knows it.

Fenra Lowens has been a working Practitioner, using the magic of healing ever since she graduated from the White Court and left the City to live in the Outer Modes. When one of her patients, Arlyn Albainil, is summoned to the City to execute the final testament of a distant cousin, she agrees to help him. Arlyn suspects the White Court wants to access his cousin's Practitioner's vault. Arlyn can't ignore the summons: he knows the vault holds an artifact so dangerous he can't allow it to be freed.

Fenra quickly figures out that there is no cousin, that Arlyn himself is the missing Practitioner, the legendary Xandra Albainil, rumored to have made a Godstone with which he once almost destroyed the world. Sealing away the Godstone left Arlyn powerless and ill, and he needs Fenra to help him deal with the possibly sentient artifact before someone else finds and uses it.

Along the way they encounter Elvanyn Karamisk, an old friend whom Arlyn once betrayed. Convinced that Arlyn has not changed, and intends to use Fenra to recover the Godstone and with it all his power, Elvanyn joins them to keep Fenra safe and help her destroy the artifact.

Praise For The Godstone…

Praise for The Godstone

"Malan’s elaborate worldbuilding and nuanced characters help keep the pages turning on the way to the slow-building climax. The unexpected plot twists and a subtle hint of romance will leave readers eagerly awaiting the next installment." —Publishers Weekly

Violette Malan is the author of the epic fantasy Dhulyn and Parno novels. Born in Canada, Violette's cultural background is half Spanish and half Polish, which makes it interesting at meal times. She has worked as a teacher of creative writing, English as a second language, Spanish, and beginner's French. On occasion she's been an administrative assistant and a carpenter's helper.
Loading...
or support indie stores by buying on