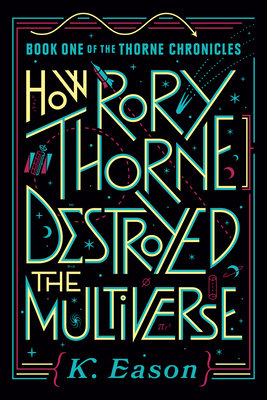 Praise For How Rory Thorne Destroyed the Multiverse…

K. Eason is a lecturer at the University of California, Irvine, where she and her composition students tackle important topics such as the zombie apocalypse, the humanity of cyborgs, and whether or not Beowulf is a good guy. Her previous publications include the On the Bones of Gods fantasy duology with 47North, and she has had short fiction published in Cabinet-des-Fées, Jabberwocky 4, Crossed Genres, and Kaleidotrope. When she’s not teaching or writing, Eason picks up new life skills, ranging from martial arts (including a black belt in kung fu!), to Viking sword and shield work, to yoga and knitting.
Loading...
or support indie stores by buying on