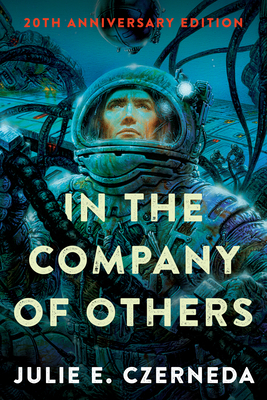 In the Company of Others

Celebrating the 20th anniversary of its publication, this trade paperback edition of Czerneda's Aurora Award-winning sci-fi novel features an all-new author’s note and an introduction by Tanya Huff, plus the finale short story “The Franchise”!

With Earth overcrowded by its own population, humanity must look to the stars to survive. Advance crews of terraformers prepared alien worlds in advance of the colonists to come.

When those terraforming crews introduced the alien Quill to worlds where they did not belong, they saw them only as a mindless form of fungal life. But the Quill multiplied and mutated until they were no longer harmless, making the planets impossible for humans to inhabit. People expecting their new homes were crowded into space stations waiting for a solution to be found. In the ensuing chaos, many stations were lost.

For the survivors, their only hope rests in finding a way to wipe out the Quill before the final stations fail.

Praise For In the Company of Others…

Winner of the 2002 Aurora Award for Best Novel

Praise for In the Company of Others

"Czerneda also continues her tradition of having richly developed, believable characters, which makes her stories a joy to read." —SF Site

"Whether you laugh, cry or think, “Gee. That could happen”, my bet is that you will have enjoyed the trip and will be looking for more from Julie E. Czerneda." —SF Reader

Julie E. Czerneda is a biologist and writer whose science fiction has received international acclaim, awards, and bestselling status. She is the author of the Clan Chronicles, the Species Imperative trilogy, the Stratification novels, and the Web Shifter series, among other works. She is a multiple Aurora Award winner, and has been a finalist for the John W. Campbell Award and the Philip K. Dick Award.
Loading...
or
Not Currently Available for Direct Purchase