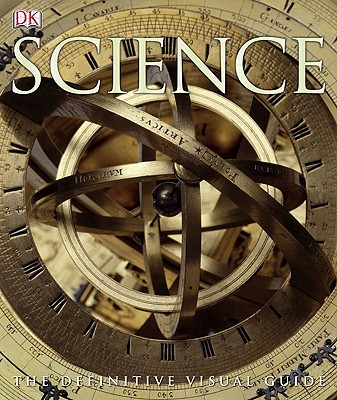 This remarkable reference book tells the story of science from earliest times to the present day, taking in everything from ancient Greek geometry to quantum physics, and the wedge to the worldwide web. Exploring science in a thematic, highly approachable manner, each spread takes as its theme a specific event, discovery, invention, experiment, theory, or individual and explains why this subject was so significant in the development of scientific thought and what its impact on history has been. In addition to providing a broad-ranging and comprehensive history of science, the book also explains how science works, employing DK's trademark clarity and visual ingenuity to render tricky scientific subjects easily comprehensible.
"Science" is structured chronologically with five chapters covering major phases in world history from ancient times to the present day, with an eye to the future. Within these chapters, subjects are arranged in discrete spreads, each of which takes a key scientific concept, event, discovery, or process as its subject. These spreads are framed by "Before" and "After" panels that place the subject in context, revealing the causes and consequences that surround it. Panels and feature spreads highlight key figures and inventions in the history of science, while major scientific breakthroughs are also pulled out as special features. An extensive reference section sets out key scientific principles and formula, and contains essential graphics, such as the periodic table.

Adam Hart-Davis is a writer, photographer, and broadcaster and an established television face of science and the history of science. Among recent TV work, he has presented and written the books for the BBC series "What the Romans/Ancients/Tudors/Stuarts/Victorians Did for Us," as well as presented "How London Was Built," which was broadcast on both British television and The History Channel. He is the author of over 20 books on science, technology, and invention, and has received 12 honorary doctorates, a medal from the Royal Academy of Engineering for the Public Promotion of Engineering, and the 1999 Gerald Frewer memorial trophy of the Council of Engineering Designers.
Loading...
or
Not Currently Available for Direct Purchase